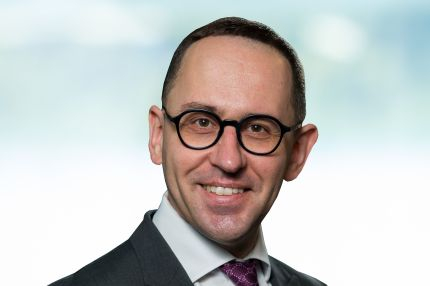 Iaroslav is a renowned government relations (GR) and public policy professional. Possesses holistic expertize in alternative dispute resolution (ADR) with emphasis on international investment and commercial arbitration as well as mediation. As a seasonal lawyer with more than 20 years of experience Mr. Gregirchak advised both international and domestic clients (including state-owned entities and international organizations) on the wide scope of matters pertaining to their activity in Ukraine and abroad.

At the Business Ombudsman Council Iaroslav leads the team of 6 inspectors tasked to investigate instances of business malpractice on the part of public authorities, as specified in the individual complaints lodged by businesses.

Iaroslav actively participates in the work aimed at adopting the draft law "On the Business Ombudsman Institution in Ukraine" by the Verkhovna Rada of Ukraine.

In 2004-2010 Iaroslav occupied leading positions with international law firms Chadbourne & Parke and Gide Loyrette Nouel.  He possesses broad expertise in key spheres of commercial law reform (such as secured transactions and public finance) gained in Ukraine and Azerbaijan with the World Bank and USAID. In particular, in course of 2002-03 Iaroslav was instrumental in drafting the text of the Law of Ukraine “On Securing Creditor’s Claims and Registration of Encumbrances”.

In 1996 Iaroslav graduated from the Faculty of Law of Kyiv National Taras Shevchenko University. In 2002, he received Master of Laws (LL.M) degree from McGill University in Montreal, Canada.